Cyber ThreatHunt Operation is a process of pro-actively searching through networks and endpoints to detect and isolate advanced threats. Analyze any suspicious behavior or activity or to uncover hacking attempt and malicious actors who have bypassed traditional re-active security solutions. 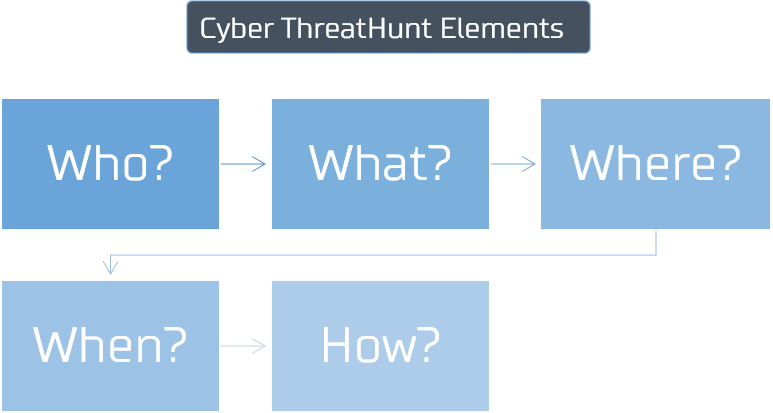 Cyber Hunt Operation searches the network of the organization looking for any Indicators of Compromise (IoC) uncovering targeted attacks, when it happened and who’s behind it.

How were you hacked

Cyber Hunt also aims to identify the vulnerabilities through which the hackers penetrated the network of the organization.

Cyber Hunt aims to detect the extent to which the attackers have reached inside the network.

After detection of any compromise, Cyberkov will shutdown the communication between the attacker and the compromised machines to contain the threat and minimize any potential damage. 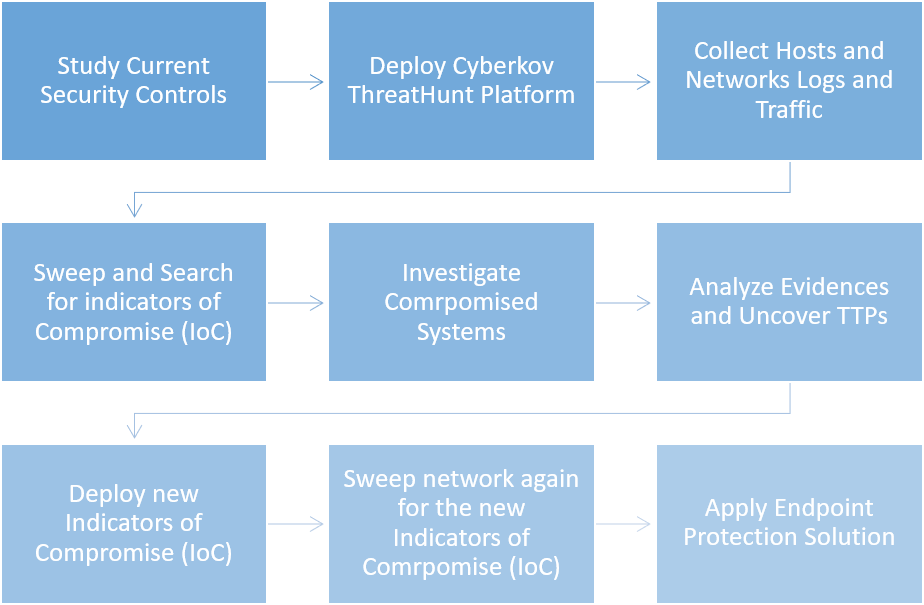 4- Sweep and Search for indicators of Compromise (IoC)

8- Sweep network again for the new Indicators of Compromise (IoC)

The Cyber ThreatHunt Operation start with deploying Cyberkov ThreatHunt Platform which consist of multiple comprehensive security solutions to cover the internal network by analyzing the entire network traffic looking for adversaries hiding inside the networks and advanced malwares used in targeted cyber-attacks.

In which a security analyst utilizes a software that leverages machine learning and user and entity behavior analytics (UEBA) to detect the potential risks. The analyst then investigates these potential risks, tracking suspicious behavior in the network

In which a security analyst searches through various data sources using their own knowledge and techniques and familiarity with the network to create hypothesis about potential threats, such as Lateral Movement by Threat Actors
Looking for Cyber ThreatHunt Operation?
Our address:
Contact details:
Phone number: